EU/RU/BR/USA Warehosue Provides Free Shipping Service for Most Available Countries. You Can Get Speical Price Products On Each Monday of Every Month.

Do you know what generative design is?

Topology optimization is a mathematical method that optimizes material layout within a given design space, for a given set of loads, boundary conditions and constraints with the goal of maximizing the performance of the system.

Generative design is an iterative design process that involves a program that will generate a certain number of outputs that meet certain constraints, and a designer that will fine tune the feasible region by changing minimal and maximal values of an interval in which a variable of the program meets the set of constraints, in order to reduce or augment the number of outputs to choose from.

Plainly speaking, generative design is a design method that automatically generates artworks, architectural models, and product prototypes through algorithms in design software. Generative design is a parametric modeling method. During the design process, when the designer enters the product parameters, the algorithm will automatically adjust and judge until the optimal design is obtained. The current well-known generative design software includes Autodesk's Within, Autodesk's Dreamcatcher, Siemens' Solid Edge ST10 and so on.

Generative design will inspire designers to obtain ideas that are not easily obtained through manual modeling, and create design works with unusually complex geometric structures. Since 3D printing technology can transform complex designs into reality, it is destined to become a "good partner" for generative designer. 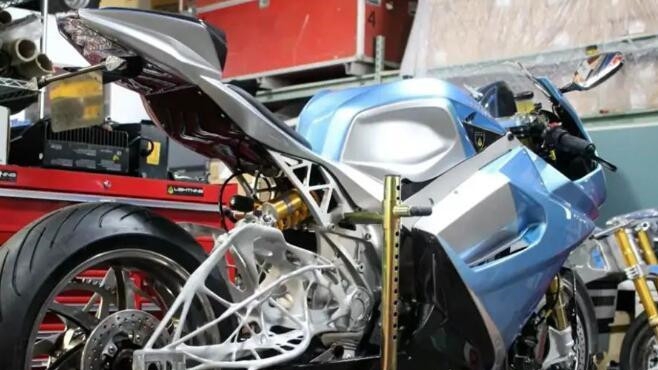 In addition, in the video, by using voxeljet-Vickers 3D printing precision molds, PMMA acrylic material is used to make precision molds. Acrylic is not only economical, but also the negative shrinkage of the material eliminate the phenomenon of shell expansion that is easy to occur in precision casting , making it particularly suitable for precision casting of complex structures. 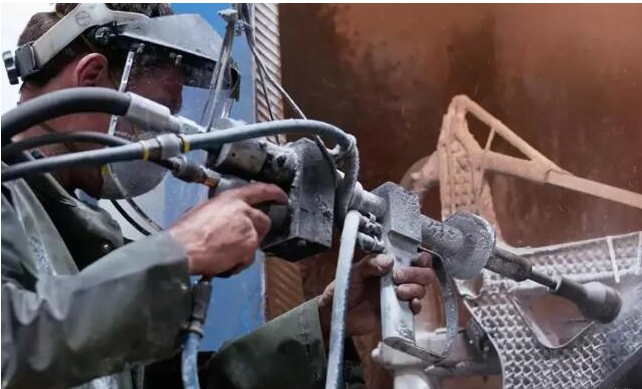 In addition, the cell structure is designed by Autodesk's netfabb software. Autodesk scientists found that this cell structure produced by metal printing is not the best method at present. They combined modern 3D printing. PMMA precision casting mold manufacturing method and traditional casting method. Although metal 3D printing is driving the leap-forward development of the manufacturing industry and capable of producing very complex products, the material options are still limited. There are currently only dozens of materials supported by additive manufacturing, but casting can be selected from thousands of metals and composite materials. Therefore, the project takes advantage of the technical advantages of 3D printing and does not rely entirely on 3D printing technology.

Using 3D printing and casting, the two methods complement each other to produce aircraft seat frames. Casting provides a more affordable way to produce seat frames, not only for decrease unit cost, but also for production of larger quantities in terms of production efficiency. Autodesk ’s Pier 9 Innovation Factory is equipped with a series of 3D printing technologies and CNC machine tools, but Pier 9 does not have casting capabilities. To this end, Autodesk and Aristo Cast foundry company cooperated in this project.

Casting based on magnesium alloy parts is a complicated process, and the two parties conducted a careful casting simulation of the model-Modifying the model through Netfabb software, and then confirming its performance through casting simulation. The updated 3D model was sent to Aristo Cast after the 3D printing was completed. The outer layer of the 3D printed plastic was coated with a ceramic coating. Then the plastic was heated and evaporated, the ceramic shell became hard, and finally the magnesium alloy was injected into the model. In the cavity, the casting process is completed. In the end, the aircraft seat frame decrease 56% of its weight. The weight loss came from a creative design and lightweight magnesium alloy materials.

In the end, the aircraft seat frame has been reduced in weight through lightweight design and 3D printing manufacturing, and the magnesium alloy is 35% lighter than aluminum. Through the choice of materials, the seat frame is further reduced in weight. What does this mean for commercial airlines? We simulate that there’re 200 A380 aircraft in the airlines and supposing each jet serving 20 years, the airline will save more than 200 million US dollars in fuel costs by using these 3D printed seat frame which can buy the same amount of fuel for 80,000 cars in a year, that means it can reduce 126,000 tons of carbon dioxide emissions for a year.

Of course, as mentioned in the video, not all cell structures are suitable for manufacturing by precision casting. In the design process, it must be considered how to remove the casting residue between the gaps of the metal cell structure. Sometimes These residues cannot be removed.

In addition, when the parts you cast sti

粤 ICP 备 16089255 号 -2 This website directly or indirectly recommends commercial products or services to consumers are all "advertising" (except for packaging and parameters, after-sales guarantee and other product information)